Bovine ephemeral fever (BEF), commonly known as three day sickness, is a disease of cattle and occasionally buffaloes, marked by short fever, shivering, lameness and muscular stiffness. Caused by an insect borne virus, the disease is widespread in northern Australia.

It causes serious economic losses through deaths, loss of condition, decreased milk production, lowered fertility of bulls, mismothering of calves, delays in marketing and restrictions on the export of live cattle.

The Bovine Ephemeral Fever virus is the cause of BEF. The BEF virus is transmitted between cattle by flying insects. The transmitting insects (vectors) have not been definitely identified but it is thought that mosquitoes and biting midges (especially sandflies) are responsible. Spread of the disease depends on the season and weather conditions - rain and prevailing easterly and southerly winds are necessary for the survival and dispersal of the vectors which spread the virus. The National Arbovirus Monitoring Program (NAMP) monitors the spread of ephemeral fever virus within Australia. For further information and maps showing the previous extent of BEF in Australia click here

In most years, BEF cases start at the beginning of the wet season in northern Australia and then spread south and east down the east coast, into southern Queensland and central and coastal New South Wales. Occasionally, outbreaks will occur in northern Victoria.

In northern Australia, older cattle generally have immunity from previous exposure to BEF, with introduced or young growing cattle being most susceptible to disease. Once exposed to the virus, cattle develop a long lasting immunity. Calves are relatively immune to ephemeral fever until they are about six months old.

Levels of herd immunity will vary depending on location of the herd relative to the normal distribution of BEF and prevailing seasonal conditions. Outbreaks of disease affecting cattle of all ages can occur at the end of a series of drought years or in herds on the southern fringes of the normal BEF distribution.

Typically, three stages of the disease are recognised. The acute febrile stage appears suddenly, especially noticeable in dairy cattle. Cattle show signs associated with a fever. Their rectal temperature will generally be over 40oC. Approximately 50% of sick animals shiver. Sick cattle will stand with their backs arched and heads held low with muzzles extended, drooling saliva. Often there is a discharge from the eyes and nostrils. Feeding and cud chewing stop and milk production, especially in dairy cows, is reduced.

The second stage is muscular stiffness and lameness in one or more limbs. Some degree of secondary bloat may also occur due to general inflammation of the abdominal cavity and ruminal stasis. The lameness may shift between limbs. Joints may be visibly swollen.

During the recovery stage, the great majority of affected animals resume eating and drinking. Animals may go down, with heavy animals in good condition being most affected. Some animals remain down due to muscle damage or damage to the spinal cord. Generally, about 1% die or are destroyed because they cannot get up, although this figure may be as high as 10%. Some animals that recover from ephemeral fever will have the staggers due to spinal cord damage. Pregnant cows may abort due to the high fever and heifers with young calves may mismother their calves.

Post mortem examination of cattle that die is important to rule out other acute febrile diseases that often occur under the same conditions as ephemeral fever and present in a similar manner, such as tick fever.

The diagnosis of ephemeral fever during epidemics is made on the presence of lameness, muscular stiffness, pain, rapid spread of the disease through herds and short fever. The BEF virus can often be identified from a blood sample taken from animals in the fever stage of the disease. Alternatively, two blood samples, the first obtained during the fever stage and the second fourteen days later can be examined for development of antibodies to ephemeral fever virus.

A vaccine is registered for the prevention of BEF. It is only available through your veterinarian as it is a prescription only product. It is a two part vaccine, with freeze dried and liquid components that must be mixed prior to administration. Great care must be taken with this vaccine if the full benefit is to be obtained. Use all reconstituted product immediately. Ultravac BEF Vaccine must be stored between 2°C and 8°C (Refrigerate. Do Not Freeze). Protect from light.

Two injections of the vaccine 2 weeks to 6 months apart under the skin of the neck are necessary for long-lasting protection. Annual boosters are recommended. It is advisable to commence vaccination in the winter months so that cattle are fully immunised prior to summer rains.

The vaccine has provided good levels of protection against BEF. Field observations have shown that some vaccinated cattle can develop mild disease, however the severity and duration of illness is very much less than in unvaccinated cattle.

Treatment with anti-inflammatory drugs has been shown to reduce the course of the disease and calcium injections may aid animals that are down. Most animals will recover if provided with water and shade, however, in extensive management situations this is often impossible to provide. 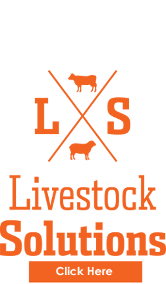